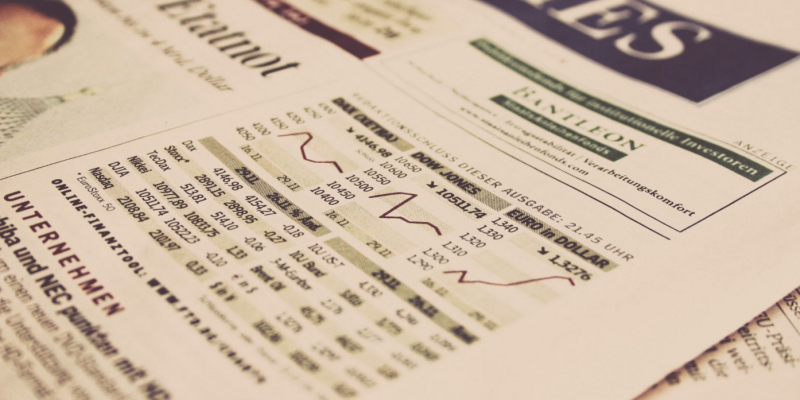 While some critics worry that Twitter private could have ramifications for freedom of speech masquerading as fake news and toxic behavior, others warn about potentially even bigger implications for democracy.

The social-media company’s board said this week that it will allow Tesla
TSLA,
+0.58%
chief executive and Twitter aficionado Elon Musk to purchase the platform for $44 billion. The hashtags #DeleteTwitter and #RIPTwitter immediately began trending as the news spread rapidly (on Twitter, of course) that the world’s richest man had lined up the financing to take over the company.

Musk has used Twitter liberally — and controversially — over the years. He was sued for defamation in a U.K. court in 2018 for calling a British cave explorer a “pedo guy.” In his defense, Musk said he didn’t mean it literally, he only meant that he found him a “creepy old man.” In 2019, the U.K. court ruled that Musk did not defame the explorer.

In another long-running saga that played out on Twitter
TWTR,
-2.09%,
Musk is still locked in a disagreement with the Securities and Exchange Commission over market-moving statements he made in 2018 when he publicly mused in tweets that he was “considering” taking Tesla private. On Monday, he tweeted that the San Francisco office of the SEC “were shameless puppets of Wall St shortseller sharks.”

Twitter users likely have their own opinions on whether Musk’s comments about taking Tesla private came too close to or even breached SEC rules for public companies and if the undignified British kerfuffle constituted an insult or something more severe. Either way, other observers are now grappling with even bigger questions — put bluntly, the implications of a Musk-owned Twitter on democracy.

For his part, Musk has said he views Twitter as a rowdy and lively public square. “Free speech is the bedrock of a functioning democracy, and Twitter is the digital town square where matters vital to the future of humanity are debated,” he shared on the platform. He also advocated “making the algorithms open source to increase trust, defeating the spam bots, and authenticating all humans.”

Not everyone is comfortable with the public square/free speech pitch. Jennifer Grygiel, an associate professor of communications at Syracuse University, said that argument is designed to help Musk with his more pressing agenda — getting shareholder approval for the sale. “It gives him a lot more influence over governments, which rely on this platform for propaganda. Twitter has become a propaganda machine,” they said.

Research suggests that false stories spread faster than true stories on Twitter, and that the platform can be effectively used to amplify conspiracy theories that advance political agendas. As Musk has demonstrated himself with a case that landed him in a U.K. court, the social-media platform has devolved into a hotbed of online bullying and verbal abuse.

Twitter helped galvanize protests during the Arab Spring protests in 2010 and the grassroots Black Lives Matter movement in 2020 and most recently banned advertisements by climate-change propagandists, and provides people with a platform to debate the issues of the day. But it’s hard for Joe or Jane Soap to compete with Elon Musk, who has 86.6 million followers. (With 131.7 million followers, Barack Obama is No. 1.)

Grygiel believes the most powerful users — politicians, celebrities and big business — have an outsize presence on the platform compared to those without the trappings of fame or fortune, or an adoring Twitter fanbase. “Musk functions more like a sovereign,” they said. “He’s seeking to be more like Mark Zuckerberg.”

Owning a social-media platform, as Facebook’s Zuckerberg has acknowledged, brings huge influence on the global stage —- and companies have struggled and failed to control the information that appears on their platforms, information that can sway elections.

“We don’t talk about how statecraft works on social media,” Grygiel added. “All the federal aspects of the government rely on Twitter too. It’s not just about the person, it’s about the country, it’s about the head of state, and the global geopolitical implications of Musk’s takeover of Twitter.”

“‘We don’t talk about how statecraft works on social media. All the federal aspects of the government rely on Twitter too. It’s not just about the person, it’s about the country.’”

Amid persistent questions over the quality of the discourse on Twitter, the company does have clear guidelines about what is — and what is not — deemed acceptable. It prohibits threats of violence, terrorism/violent extremism, child sexual exploitation, abuse and harassment, hateful conduct and promotion of suicide/self-harm, among other behaviors. But as Amnesty International has reported tracking and removing any or all of the above — racism, misogyny, homophobia — is a separate challenge.

“Twitter’s moderation policies certainly are not perfect. None are,” said Jeff Hancock, founding director of the Stanford Social Media Lab. “They’ve done a lot of work to improve their conversations online and remove the really toxic ones. It’s not clear what Musk will do on that front. His own Twitter style has been problematic. If someone else tweeted the things he did, they would be fired.”

Twitter has committed to combating fake news and removing fake accounts, but others see Musk as an even bigger potential thorn in the side of civilized discourse. Sen. Elizabeth Warren, a Democrat from Massachusetts, said this of Musk’s Twitter bid: “It’s dangerous because one billionaire decides how millions of people will have an opportunity to communicate with each other.”

The “freedom of speech” pitch for Musk’s Twitter takeover is a gross oversimplification of Musk’s agenda and leaves many questions unanswered, said Donna Davis, an associate professor and director in the Strategic Communication Master’s Program at the University of Oregon. “What does it become? Does Twitter eventually become part of the Dark Web because it’s completely unfiltered?”

A culture of disinformation

Like Warren, Davis is concerned about one person having so much control over a platform with 217 million daily users. “It’s the good, the bad and the ugly. We have already seen the ugliest — what uncontrolled social content has done to create a disinformation culture and what it has done to fracture so much of our culture. Left unbridled, it will only get worse, and [become] potentially dangerous.”

User anonymity can help fuel a toxic culture and influence elections, she added. “I remember the days that if you wrote an op-ed you had to sign your name to it because you owned it, and you had to deal with the consequences of that,” Davis said. “So more people could have a voice and share a voice. In that anonymity, they found safety, but they also found power and used it in a very destructive fashion.”

Big tech wields enormous power, said Aram Sinnreich, a professor of communication at American University in Washington, D.C. “American billionaires are effectively oligarchs and they play a disproportionate role in politics and the public sphere,” he said. “This is all being catalyzed by wealth inequality and a billionaire class that can’t be regulated, taxed and held accountable.”

As the author of a forthcoming sci-fi novel and an avid fan of the genre, Sinnreich paints a grim, and perhaps even fatalistic vision of social media as “digital fiefdoms controlled by billionaires.” He added: “This is essentially a giant referendum about what the future of America’s democratic society looks like, and right now the weather vane is not pointing in the right direction.”

Sinnreich said the geopolitical influence of social-media platforms was foreshadowed in 2010 when the Supreme Court issued its 5-4 ruling in Citizens United vs. Federal Election Commission that eliminated century-old barriers preventing private corporations from directly funneling money into electioneering and arguably ushered in a wave of campaign spending.

“‘I remember the days that if you wrote an op-ed you had to sign your name to it because you owned it, and you had to deal with the consequences of that.’”

— Donna Davis, an associate professor at the University of Oregon

Would active Twitter users even notice a difference under Musk’s ownership? Twitter could look very different in a few years and focus more on engagement with videos like TikTok and photos like Instagram — and simultaneously morph into a platform with less oversight, according to Mark Beal, assistant professor at the School of Communication and Information at Rutgers University and author of “Gen Z Graduates to Adulthood.”

Less monitoring of tweets would likely lead to the site losing its credibility as a source of hard news, he said.“What could Twitter be?” Beal wondered. “Where could it go? What shape or form could it take? Will it compete with Facebook? Platforms like Twitter are monitoring content, and potentially removing content. How does that change with a new person in charge who is more apt to opening it up?”

Andrew DeVigal, director of the Agora Journalism Center at the University of Oregon, does not hold out much hope for Twitter transforming into something that brings people together. DeVigal said he gets nervous whenever any billionaire — from Elon Musk to Amazon
AMZN,
-0.88%
founder Jeff Bezos — plays a significant role in determining anything from how people communicate as a society in public forums like Twitter to how we purchase goods on the internet.

But he also said that power can come — and it can go. “There were days when there was no Twitter, and there was no Facebook
FB,
-3.32%,
” he said. “Arguably, Instagram has retained its relevance and its use. But people are leaving one platform for another. Look at TikTok. Twitter has enormous influence, but it’s just a platform. People are leaving Netflix
NFLX,
-4.97%,
who knew that was coming?”

DeVigal acknowledges the ideals of the dream and aspiration of Twitter as a public square, as advocated by Musk. But he also agreed with Grygiel that some Twitter users are more equal than others in the digital space. “The most extreme often become the loudest because they get the most amplification, as opposed to those who lead with curiosity, balance and complexity of who we are as a society.”

Those extremes — emotional and political, left and right — suck up the air, he said. “We as a society need to have shared values about what world we want to live in. Can we leverage that platform to find that civility and honest curiosity in how we define facts and truth? If we don’t operate in the reality of what we define as facts, there’s no real foundation to build on for a solid democracy.”