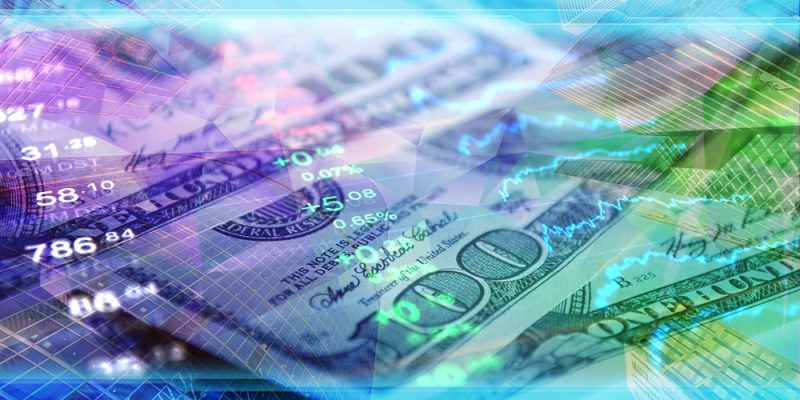 As Virginia goes, so goes the nation?

That’s an overstatement, but the governor’s race in the Democratic-leaning state is drawing considerable attention this fall, with analysts connecting the contest to President Joe Biden’s spending plans and next year’s U.S. midterm elections.

The race features Democrat Terry McAuliffe, who served as Virginia’s governor from 2014 to 2018, and Republican Glenn Youngkin, who until a year ago worked as co-CEO of private-equity giant Carlyle Group
CG,
+1.25%.

Polls have been mostly tight lately, with McAuliffe ahead of Youngkin by just 1.8 percentage points in a RealClearPolitics average of surveys as of Thursday. Election Day is Nov. 2, though early voting by mail or in person has been underway for weeks.

Pundits likely will end up making too much out of the result in Virginia’s gubernatorial race, said Ed Mills, a Washington policy analyst at Raymond James. But following that caveat, Mills said: “There is a fairly decent probability there will be market
SPX,
-0.15%
sentiment that shifts due to this election.”

A McAuliffe loss would boost expectations that Democrats are going to perform poorly in the 2022 midterm elections, Mills told MarketWatch. So top Democratic lawmakers would feel renewed pressure to deliver on some part of Biden’s plans for infrastructure
PAVE,
-0.79%
and social spending “because they have this flashing red warning sign” from the loss in Virginia, he said.

The price tag for those plans likely would end up on the lower end of the expected range, with tax hikes also on the lower end, and “that’s a market positive,” the analyst added. For now, the plans consist of a $1 trillion bipartisan infrastructure bill that already has passed the Senate, as well as a Democratic social-spending package with an anticipated price tag of around $2 trillion.

But it’s also possible that following a McAuliffe defeat, that “Democratic unity further dissolves, because individual members really are concerned about their ability to maintain the majority and want to establish an independent streak,” Mills said. The “Democrats in disarray” narrative would in play, and market expectations could shift to anticipating that Congress just will deliver an infrastructure bill, possibly with a reduced price tag, according to the Raymond James expert.

What about a win for McAuliffe?

“There will be some more aggressiveness by some of the progressives to push harder for their agenda,” Mills said. “The top-line number probably goes up a little bit, but it probably takes a little bit longer to get a final deal as the different factions debate each other.”

It’s also possible Democrats might try to show some progress on Biden’s agenda before Election Day in Virginia to boost their chances in that state, according to the analyst.

Related: Here are Washington’s new deadlines for infrastructure, a government shutdown, the debt limit and more

Virginia’s race for governor matters because it’s the only competitive big election this year, but it’s not “an unerring predictor” of what will happen in next year’s midterm elections, said Larry Sabato, director of the University of Virginia’s Center for Politics, in an email.

While incumbent Democratic Gov. Ralph Northam’s victory in Virginia’s 2017 gubernatorial election was followed by his party taking over the U.S. House in the 2018 midterms, McAuliffe’s win in 2013 was followed in 2014 by Republicans taking back the Senate and keeping control of the House, Sabato noted.

In the nationwide midterm elections that take place in a year, Republicans are aiming to become the majority again in the U.S. House and Senate. Betting market PredictIt in recent weeks has been giving the edge to the GOP to do exactly that in both chambers of Congress.

A key challenge for McAuliffe this year has been declining Democratic enthusiasm, according to Sabato. That has come as “Biden’s standing fell in the summer, and as Democrats showed they couldn’t manage to pass (at least so far) the two big bills on infrastructure and social programs,” the University of Virginia expert said.

Not that much Virginia in the race

Anyone hoping for Virginia’s gubernatorial race to focus on the state’s car tax, congestion along I-66 or other more localized subjects has been out of luck.

“When you’re thinking about the top issues in Virginia in 2021, it’s COVID and then everything else,” said Stephen Farnsworth, a professor of political science at the University of Mary Washington in Fredericksburg, Va. “The candidates are talking about mask mandates, vaccination mandates, and that national issue is dominating.”

Farnsworth said the gubernatorial race “doesn’t have a lot of Virginia emphasis on it.”

“In addition to COVID, people are talking about the Jan. 6 insurrection, they’re talking about why the Democrats are socialists, they are talking about defunding the police, critical race theory. All the national hot-button issues of a year ago are having another moment in Virginia this fall,” he told MarketWatch.

A new Texas law banning most abortions in that state also figures into Virginia’s gubernatorial race, according to Sarita McCoy Gregory. She’s a political scientist, author and executive director of the Crispus Attucks Speaker Series who previously chaired the department of political science and history at Hampton University in Hampton, Va.

“I believe women in Virginia are concerned that what is happening in Texas doesn’t happen here,” Gregory said.

The top issues in the state”s contest include Biden’s proposals for infrastructure and social spending as well, she said. That’s after Northam, the current governor who like his predecessors is limited to one term, has had success with getting people vaccinated against COVID-19 and schools have managed to stay open.

“Everything else is noise and manufactured distraction,” Gregory said.

A ‘purplish blue’ state and the Trump factor

Virginia wasn’t a battleground state in 2020’s presidential election, with Biden winning by a comfortable margin. What’s more, Democrats nowadays control both chambers of the legislature and the governor’s mansion.

But it’s not a true blue state, according to the University of Virginia’s Sabato.

“It is actually bluish purple or purplish blue. Especially in off-year elections, when turnout falls significantly, Republicans can win,” he said.

“Youngkin benefits from desperation on the GOP side,” he added. “Usually the factions fight about how many angels can dance on the head of a pin, but this time they know they have to win to stay viable.”

Sabato stressed that Youngkin, with a net worth in the hundreds of millions, is able to spend freely, and he doesn’t have a public record to attack since he’s never previously run for office, though he must reckon with former President Donald Trump’s record.

The Republican gubernatorial candidate can’t reject Trump given the former president’s overall popularity among GOP voters, but a full embrace likely would turn off some independent voters and “Never Trump” Republicans.

“Youngkin has never really solved his Trump problem,” Sabato said. “It’s obvious he is very skittish when the subject is raised.”

To Be or Not to Be: How the Evergrande Crisis Can Affect Gold