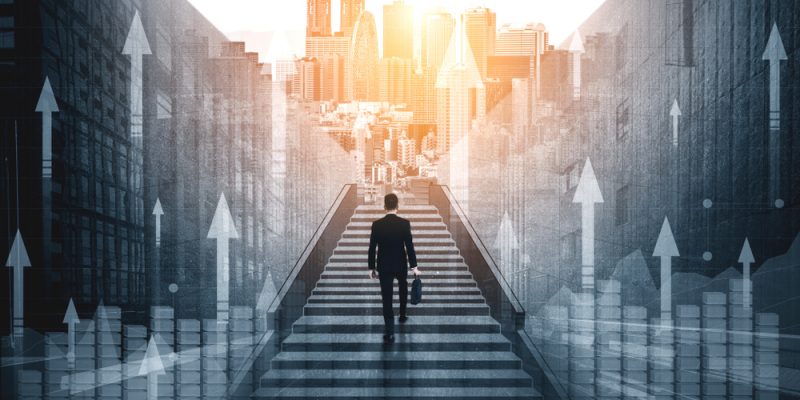 For decades, central bankers believed that the less they said the better. Former Federal Reserve Chairman Alan Greenspan once quipped that he made a mistake if a congressman understood what he was saying.

That’s not how the Federal Reserve under Chairman Jerome Powell is doing things. The U.S. central bank is making sure everyone knows what the results of their next policy meeting will likely be.

As a result, a half-percentage-point hike in the benchmark interest rate is baked in the cake for the Fed’s next policy meeting on May 3-4. The central bank is also expected to launch “quantitative tightening,” allowing its balance sheet to roll off at a pace that will soon hit $95 billion per month.

“Everyone expects a 50-bp hike at next week’s FOMC meeting, and we don’t see a reason to disagree,” said Roberto Perli, head of global policy at Piper Sandler.

A half-point rate hike is larger than the Fed has traditionally liked to move. The last half-point hike was in 2000. The central bank hasn’t raised rates at successive meetings since 2006.

To support this forecast, economists point out that Powell said as much last week, telling an audience at the International Monetary Fund that a 50 basis point hike was “on the table” for the May meeting.

Greg Daco, chief economist at EY-Parthenon, said the Fed is “living in the past” and worried about its previous errors of communication.  When former Fed chairman Ben Bernanke talked about ending or “tapering” asset purchases in 2013, financial markets turned volatile.

Read: What’s next for the stock market as investors grapple with Fed near ‘peak hawkishness’

And Powell himself was forced to reverse course after saying in September 2018 that the Fed intended to press ahead with rate hikes and that asset sales were on “auto-pilot,” even though markets were acting badly.

Powell’s strategy and style has been “as much transparency as possible,” Daco said.

“He’s been extremely candid about his views,” including his own policy preference, he added.

One day, the Fed might want to surprise the market, said Paul Ashworth, chief U.S. economist at Capital Economics.

But that will come when officials feel that investors weren’t taking the Fed’s “new-found hawkishness seriously enough,” he added.

As it stands, Fed officials and the markets are like-minded, he noted.

Traders in the interest-rate futures market expect the Fed to return rates to the “neutral” level of 2.4% before the end of the year and then continue hiking to nearly 3.5% next year.

This closely matches what Powell has been saying, Ashworth said.

The Fed will release its policy statement at 2 p.m. Eastern on Wednesday, May 4. Powell will hold his press conference at 2:30 p.m. Eastern.

Economists will be watching Powell’s language closely for hints on future rate hikes. At the moment, the market expects another half-percentage point hike in June.

“If they’re going to do another [half-point], the aftermath of next week’s meeting is a good time to lay the groundwork for that so it doesn’t come as a surprise,” said Carl Tannenbaum, chief economist at Northern Trust.

Daco said markets will be keen to know if a three-quarter percentage point rate hike could come this summer.

St. Louis Fed President James Bullard floated the possibility, but even other hawks at the Fed didn’t seem willing to go there yet, Ashworth noted.

With inflation so high, Powell will have to deliver a “we got this” message, analysts said.

Raghuram Rajan, former head of the central bank of India, said the Fed is behind the curve on inflation and needs to move quickly, but doesn’t want to show any signs of panic.

Brian Bethune, an economics professor at Boston College, said the Fed is obligated to “beat the drums loudly and chat around the fire on high interest rates and reduced liquidity provision” so that markets find its 2% inflation target credible.

For the Fed, the good news is that inflation is peaking, but the wind down of price pressures will take several quarters, he added.

“There is no quick fix or magic wand from the Fed,” Bethune said.

: A final hurrah for Warren Buffett and Charlie Munger? Why this year’s Berkshire Hathaway meeting is so special