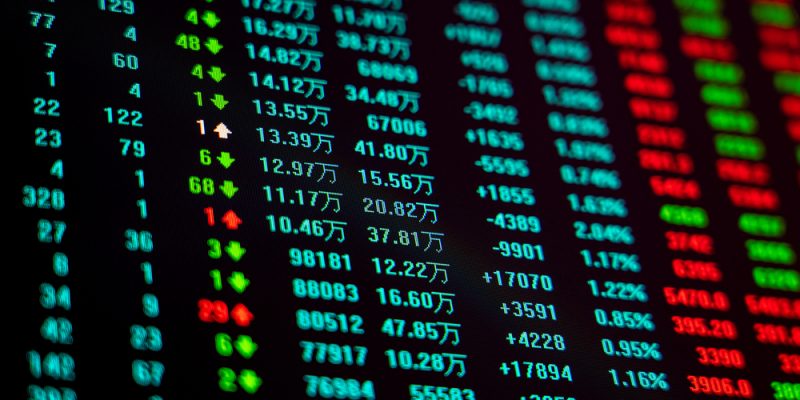 October 27, 2021 (Investorideas.com Newswire) Streetwise Reports sat down with Riley Gold Corp.’s President and CEO Todd Hilditch to talk about the progress of their Pipeline West/Clipper gold project in Nevada.

One of Riley Gold’s two gold projects in Nevada, Pipeline West/Clipper, sits between a massive open-pit gold mine/complex and a property that seems to sit above the carbonate host rocks of the Wenban formation – the geological home to all the major gold deposits in the region, while its other project, Tokop, has returned 17 g/t gold below where geologists have found surface samples at grades up to 34 g/t. It’s all very exciting but it’s still early stages.

Riley Gold Corp. (RLYG:TSX.V; RLYGF:OTCQB) President and CEO Todd Hilditch is happy to be the “meat” in a gold property “sandwich” in Nevada.

NGM recently optioned the 75-sq.-km Swift project and must spend at least US$20 million on qualifying exploration work over the next five years to earn a 60% stake in the property, including US$4 million in the shorter term of the next 2 years. NGM will act as operator and could take its stake to 70% if it spends another US$10 million on further work by Dec. 31, 2029 and to 75% for arranging mine finance.

“What that (option agreement) did was situate Nevada Gold Mines gold mines on each side of us. And so our project is the ‘meat’ in the sandwich. Whichever way you want to look at it, we are on trend and between both of the projects that NGM controls,” Hilditch tells Streetwise Reports.

Nevada Gold Mines’ interest in Ridgeline was piqued when the junior’s 2020 drill program hit what are thought to be the carbonate host rocks of the Wenban formation at roughly 1,394 feet below surface. This 2,000-ft. thick carbonate sheet hosts all the major gold deposits in the area.

Hilditch adds, “You’ve got the Wenban formation on trend to the south/southeast, in the lower plate, that has been the host rock of gold that Nevada Gold Mines has been producing from for many years next door. And based on what Ridgeline has announced on our west/northwest side, they have intersected the same Wenban host, so it’s pretty cool that we’re in the middle of both companies and it is highly unlikely the Wenban gold host rock is not within our property, the dots will be connected.”

The junior has yet to drill or conduct much exploration work on Pipeline West/Clipper, the border of which sits 1,800 ft. from the edge of the Gold Acres pit. Hilditch expects to complete a geophysical review and program this fall to help outline structures and other rock characteristics to help develop some drill targets, between roughly 1,000 ft to as much as 2,100 ft. deep or more.

About 5 Moz of gold are mined annually in Nevada or about 5% of all the gold mined worldwide.

Riley has spent most of its exploration time to date on its Tokop gold project, also in Nevada.

Tokop first underwent drilling about 11 years ago. Of the 20 or so drill holes conducted by the previous owner, Global Geoscience, the best result was about 2.5 grams per tonne gold (2.5 g/t gold) over 12 meters.

But soon after drilling the property, the junior, assumingly due to gold market conditions, moved into the lithium space (something Hilditch also knows something about but we’ll get to that later). That left Tokop sitting on a balance sheet until it was acquired, as part of a property consolidation, and folded into Riley Gold, along with Pipeline West/Clipper.

In late fall 2020, Riley started exploration work at Tokop, which is along the Walker Lane Trend. Riley has collected more than 300 rock chip samples in the 22.5 sq. km land package, of which a third have been released. Additionally, some chip channel samples returned up to 5 meters of 5.5 g/t gold and 3 meters running 6 g/t gold.

“We wanted to test the work (Global Geoscience) had completed and re-drill test some of the veins that we see over about a kilometer and a half stretch. And in our first three drill holes, we were able to get up to 17 grams per tonne gold subsurface,” Hilditch says. “We completed 12 drill holes and we’re waiting for the remaining essay results to come out.”

Riley also recently initiated geophysics (magnetics) and expects to complete gravity surveys as well at Tokop and Hilditch says the interpretation of that data will help decide where to drill next.

“We see the veins at surface, we’ve drilled them subsurface, we know they exist, but now let’s look at the next iteration of drilling information from our remaining nine drill holes, together with all the geophysics mapping and sampling results, and let’s go find the underlying deposit that these veins stem from,” Hilditch explains.

The company announced on Oct. 20 that it has discovered two new prospective zones at Tokop, one kilometer south and east of the main Tokop claim block, and the other 1km south and west of the site of its recent drilling. Soil geochemistry and mapping are currently underway at both areas.

Riley’s geologists believe the gold-bearing system at Tokop is akin to Kinross Gold Corp. (K:TSX; KGC:NYSE) Fort Knox gold mine near Fairbanks, Alaska, or Victoria Gold Corp. (VGCX:TSX; VITFF:OTCMKTS) Dublin Gulch mine in Yukon. They are intrusive-related systems with stacked gold veins. Riley is also seeing some geologic signatures similar to deposits closer to home in Nevada very near down the Walker Lane trend. This Beatty gold district has been very active recently and is well known with many major mining companies currently exploring and mining there including Coeur Mining Inc. (CDE:NYSE) and Anglo American Plc (AAUK:NASDAQ) as well as past production at the Bullfrog Mine, previously operated by Barrick Gold.

With two promising gold properties in Nevada, Hilditch might not be living the life of Riley for long. Hilditch has a track record of guiding publicly traded companies that have either merged with or were taken out by larger players.

Hilditch had served as the CEO and director of Salares Lithium for about 18 months when it merged with Talison Lithium in August 2010. Talison paid $1.25 per share for Salares, a 98% premium to the junior’s 20-day volume-weighted average share price before the deal or about CA$340 million. (Talison was acquired late in 2012 by China’s Chengdu Tianqi Industry Group for about CA$847 million.)

“The market went really quickly in the right direction,” Hilditch recalls. “They paid us a nice premium, and then they went on to sell it. So that was a bit of a purple unicorn.”

He was also chairman of URZ Energy before it was sold to Azarga Uranium Corp. (AZZ:TSX; AZZUF:OTCQB) in a 2-for-1, all-share deal in 2018. He remains on the Azarga board, which recently announced it will merge with enCore Energy Corp. (EU:TSX.V) in an all-share deal.

And in April 2019, Sailfish Royalty Corp. (FISH:TSX.V; OTC:SROYF) bought Hilditch’s Terraco Gold, a gold exploration and royalty company based in Nevada. Terraco shareholders ended up with 37.2% of Sailfish.

If that doesn’t paint a picture, perhaps a glance at the Riley Gold board might change your mind.

Director Cyndi Laval is a partner at Vancouver-based law firm Gowling WLG (Canada) LLP. She specializes in mergers and acquisitions and was named mining “lawyer of the year” in the 2017 edition of an annual legal directory.

Another director, Richard Delong, is the chairman of the Nevada Commission on Mineral Resources, a position appointed by the governor. His bio says he specializes in the “assessment of properties to determine permit acquisition strategies and critical paths forward.”

And Chairman William Lamb helmed Lucara Diamond from inception until stepping aside in 2018. Lucara’s share price more than quintupled during his time guiding the precocious junior.

“You put good people, good shareholders together with good projects, and eventually, if you stick to your guns, (a merger or takeover) can work. It’s happened three or four times now with us,” Hilditch says.

“We’re not knocking it out of the park with home runs every deal. We’re hitting singles, we’re hitting doubles, and in the odd case, a triple, but it’s just longevity in the business and trying do it right,” Hilditch concluded.

2) The following companies mentioned in this article are billboard sponsors of Streetwise Reports: None. The information provided above is for informational purposes only and is not a recommendation to buy or sell any security.

4) From time to time, Streetwise Reports LLC and its directors, officers, employees or members of their families, as well as persons interviewed for articles and interviews on the site, may have a long or short position in securities mentioned. Directors, officers, employees or members of their immediate families are prohibited from making purchases and/or sales of those securities in the open market or otherwise from the time of the decision to publish an article until three business days after the publication of the article. The foregoing prohibition does not apply to articles that in substance only restate previously published company releases. As of the date of this article, officers and/or employees of Streetwise Reports LLC (including members of their household) own securities of Riley Gold Corp., a company mentioned in this article.

This news is published on the Investorideas.com Newswire – a global digital news source for investors and business leaders

Disclaimer/Disclosure: Investorideas.com is a digital publisher of third party sourced news, articles and equity research as well as creates original content, including video, interviews and articles. Original content created by investorideas is protected by copyright laws other than syndication rights. Our site does not make recommendations for purchases or sale of stocks, services or products. Nothing on our sites should be construed as an offer or solicitation to buy or sell products or securities. All investing involves risk and possible losses. This site is currently compensated for news publication and distribution, social media and marketing, content creation and more. Disclosure is posted for each compensated news release, content published /created if required but otherwise the news was not compensated for and was published for the sole interest of our readers and followers. Contact management and IR of each company directly regarding specific questions.

: ‘It’s not looking good’: Paid leave may be on chopping block in Democrats’ social-spending bill

Tesla Inc.’s stock on Monday gave back some of the previous week’s huge advance following ...
By
38 mins ago

The Philadelphia Eagles just clinched another Super Bowl bid, their second in the past 5 ...
By
38 mins ago

The coronavirus pandemic is still a global health emergency, according to the World Health Organization, ...
By
38 mins ago

SoFi Technologies Inc. shares were rocketing in morning trading Monday after the digital financial services ...
By
2 hours ago