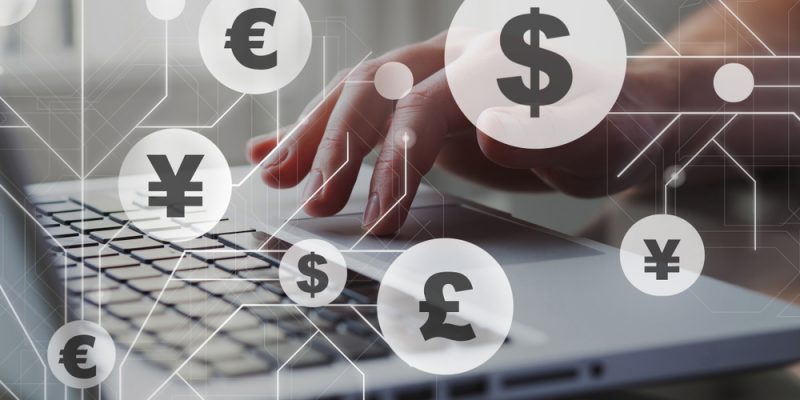 The 15 million people in the U.S. who got Johnson & Johnson’s COVID-19 vaccine now have the option to get a second shot of their choosing.

The Food and Drug Administration on Wednesday authorized a second dose of J&J’s
JNJ,
-0.05%
adenovirus-based vaccine for all adults initially vaccinated with this shot.

The regulator is also allowing people to “mix and match” their boosters, meaning they can pick a mRNA vaccine or stick with the J&J shot for their booster dose.

The FDA had already authorized BioNTech SE
BNTX,
+2.50%
and Pfizer Inc.’s
PFE,
+1.69%
booster for the elderly, people with underlying health conditions that put them at high risk of severe disease, and adults who live and work in high-risk settings. It issued a similar authorization on Wednesday for Moderna Inc.’s
MRNA,
-0.18%
booster.

The months-long debate around boosters has almost entirely focused on the mRNA shots and has rarely mentioned J&J’s vaccine. It’s an omission that’s been criticized by some public-health experts — Dr. Leana Wen tweeted in August that J&J recipients, herself included, were being “left out.”

It’s also frustrating for the people who got the J&J shot and have been stuck waiting to see what happens.

“There’s eagerness among many J&J recipients to be included on the booster train,” said Dr. David Wohl, an infectious-disease doctor and professor at the Institute of Global Health and Infectious Diseases at the University of North Carolina at Chapel Hill. “What I tell them is: that train’s coming, and we just have to figure out what it exactly is going to look like.”

Research indicates that COVID-19 boosters are safe. About 10 million people in the U.S. have already received a booster shot, primarily of Pfizer’s vaccine, according to the Centers for Disease Control and Prevention.

The latest news is that an influential study conducted by the National Institutes of Health that came out last week found that mixing vaccines can dramatically boost antibody levels in J&J people who got a Moderna or Pfizer booster.

But even physicians have different opinions about the best way to boost immunity in those who were initially vaccinated with the Johnson & Johnson vaccine.

“I’m not sure that the totality of the science…is going to be super clear and conclusive in terms of saying it’s better to get this to boost than another vaccine,” said Dr. Angela Branche, an infectious-disease physician at the University of Rochester Medical Center who worked on the NIH study.

Part of this tension has to do with the fact that it’s difficult to make apples-to-apples comparisons for different types of vaccines. Though the mRNA and adenovirus-based shots similarly protect against severe disease, hospitalization and death, the J&J shot has always been less effective against symptomatic infection than Pfizer or Moderna’s vaccines.

“As with anything, you have to see what happens to the immune system over time,” said Dr. Michael Nelson, an immunologist at UVA Health and a member of the FDA’s advisory committee on vaccines. “Although this particular vaccine seems to be lasting a little bit longer than the messenger RNA vaccine, it’s good to be ahead of the curve and not wait for a second signal for people to start getting sick who were previously vaccinated.”

The study detailing antibody responses using all three COVID-19 vaccines as boosters found that a Moderna booster for J&J recipients produced the highest antibody levels 15 days after a second shot, followed by Pfizer and then J&J.

This is important for many people, especially those who are worried about a breakthrough infection that could lead to severe disease.

But there are also some limitations to the research, which is considered preliminary. There were only about 450 participants, immunity was assessed using antibody titers—T-cell and B-cell responses are also considered important metrics—and it wasn’t designed to compare the different vaccine combinations.

Plus, this round of findings only tracked antibody levels up to the two-week mark, a cutoff that favors the mRNA vaccines, which produce a more immediate immune response than J&J’s shot.

The antibody response from the mRNA vaccines peaks at around 14 to 28 days, she noted, but the J&J peak is further out, in the range of 28 to 55 days.

If “we’re only showing you the day 15 results, we might actually not be showing the full picture of what’s being boosted,” she said.

The science we have right now shows that giving someone a second shot of the J&J vaccine increases their protective antibodies, even though it’s a smaller boost than what you can get with the mRNA shots.

However, some people will prefer to get the same shot again for various reasons, including continuity or concern about the “newness” of mRNA technology.

“Having the option to get any of those three vaccines is going to be pretty important, and some may have personal preferences,” Nelson said. “I wouldn’t advise specifically on the antibody response data to definitely get a messenger RNA vaccine for the second dose, although I expect many will because they’ll see that the antibody responses are a little bit higher.”

There is another subset of J&J people, who are frustrated by what they view as a “lesser” vaccine, and who will likely demand a mRNA shot for their booster.

“People will walk into pharmacies and say, ‘I want an mRNA vaccine,’” Wohl said. “And they’ll say the right words to get one, even though they had J&J originally.”

But there are also questions about logistics that bolstered the argument for a mix-and-match policy.

Supply patterns may have changed in certain regions, and only mRNA doses may be available. Allowing people to get whatever shot is available may also aid transient populations, like homeless people or migrant workers, who were initially vaccinated with the easy-to-transport single shot.

“The mix-and-match strategy is really meant to provide options for people so that they aren’t necessarily limited to whatever their primary series may have been,” Branche said. “Get boosted with whatever is locally available in your community and you have access to. If it turns out that’s only J&J, then get boosted with J&J.”

COVID-19 vaccine booster shots are more complicated than they appear. Here’s why.

Here’s why COVID-19 booster shots are good for business

What’s Worth Streaming: Here’s everything new on Netflix in November 2021 — and what’s leaving

Tesla Inc.’s stock on Monday gave back some of the previous week’s huge advance following ...
By
16 mins ago

The Philadelphia Eagles just clinched another Super Bowl bid, their second in the past 5 ...
By
16 mins ago

The coronavirus pandemic is still a global health emergency, according to the World Health Organization, ...
By
16 mins ago