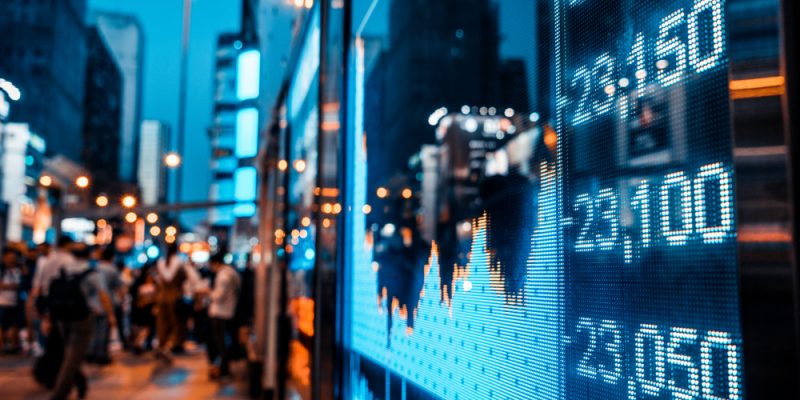 All three major benchmarks snapped two straight weeks of gains, according to FactSet data. The Dow Jones Industrial Average booked a weekly decline of 2.8%, while the S&P 500 dropped 3.4% and the technology-heavy Nasdaq Composite sank 4%.

“Last week’s rally was overdone, and I think we’ve spent this week largely giving it back,” said Steve Sosnick, chief strategist at Interactive Brokers, in a phone interview Friday. “The market recognized that it overshot last week in response to” Fed Chair Jerome Powell’s Nov. 30 remarks at the Brookings Institution, where he indicated the central bank may slow the pace of its interest-rate hikes at its policy meeting this month, said Sosnick.

Equities trading was choppy Friday after the U.S. producer-price index showed wholesale prices rose 0.3% in November, which was above the forecast from economists polled by The Wall Street Journal for a 0.2% gain. The pace of producer-price growth for October and September was also revised higher.

“The market is doing its best to shrug it off,” said Sosnick. The month-over-month rise in wholesale inflation in November wasn’t so hot that “it’s going to freak the market out,” he said.

Meanwhile, equities were encouraged by fresh data Friday from the University of Michigan’s gauge of consumer sentiment, which was stronger than expected this month, according to Sosnick. The reading also showed that consumers’ one-year inflation expectations have come down from November.

The University of Michigan gauge of consumer sentiment rose to a preliminary December reading of 59.1 from 56.8 in November. Consumers’ inflation expectations over the next year fell to 4.6%, from 4.9% last month.

Market analysts said investors remain focused on next week’s reading of the November consumer-price index on Tuesday to gain a fuller view on inflation in November.

“Onward to the CPI number next week, we need to see what happens there,” said John Stoltzfus, chief investment strategist at Oppenheimer.

At this point, Interactive Brokers chief strategist Sosnick said that he still is expecting the Fed to reduce its next interest rate hike this month to 50 basis points, down from its recent pace of 75 basis-point increases. The Fed, which has been aggressively raising rates to battle high inflation in the U.S., has a policy meeting scheduled for Dec. 13-14.

As investors await the outcome of that meeting, Kevin Gordon, senior investment research manager at Charles Schwab, said in a phone interview Friday that he’ll be focused on whether Powell “pushes back on the loosening of financial conditions, because he didn’t do it at the Brookings speech.”

Gordon said he’ll also be listening for any concerns the Fed Chair may express about wage pressures stemming from tightness in the labor market, while looking for any clues about where the central bank’s rate hikes may peak.

See: The hottest U.S. jobs market in years is cooling off — but it’s still glowing red

“Sellers appear to be comfortable with S&P near 4,000 and the NASDAQ near 11K,” wrote Louis Navellier, chief investment officer of Navellier & Associates, in an emailed note Friday. “Buyers are still hoping for a more dovish stance by the Fed.”

Walt Disney Co.
DIS,
+0.90%
was among the best performers on the Dow after the company made its ad-supported streaming subscription available in the U.S., with its shares gaining 0.9%.

Microsoft Corp.
MSFT,
-0.80%
shares slipped 0.8% after the company announced in a Friday morning blog post that it had acquired Lumenisity Limited, which makes hollow core fiber solutions, as its battle with the FTC over the Activision Blizzard Inc.
ATVI,
+0.54%
deal deepens.

—Jamie Chisholm contributed to this article.

If you’re buying a used car, you might see the phrase “rebuilt title” in the listing. ...
By
36 mins ago

This article is reprinted by permission from NerdWallet.  A little optimism can help propel you ...
By
36 mins ago

This article is reprinted by permission from NerdWallet.  Airline reward programs offer a simple proposition: ...
By
36 mins ago