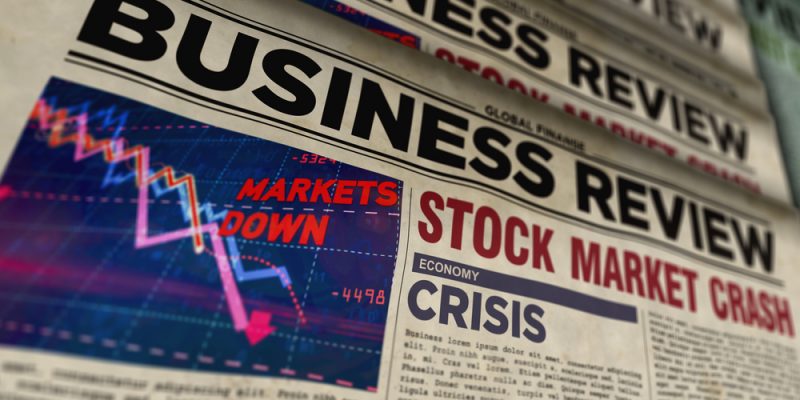 The list of reasons why the financial market’s wild swings can keep going and even worsen is growing by the day — starting with the fact that investors aren’t yet pricing in worst-case scenarios for inflation and the U.S. economy.

Though Wednesday’s consumer-price index report for April should offer more clues, the data won’t entirely settle the question of where inflation is likely go from here. What’s more, stock-market investors have yet to price in a recession, with DataTrek co-founder Nick Colas saying that the S&P 500 would have to fall to 3,525 from its current level just above 4,000 in order to reflect 50:50 odds of a U.S. downturn.

Meanwhile, financial conditions have already tightened so much in the past week since the Federal Reserve delivered the biggest rate increase in almost 22 years that markets are behaving as though the Fed’s main policy rate is at 2.5%, according to BMO Capital Markets strategists, though the target range is actually only 0.75% to 1%.

That’s significant because it will likely take months for the Fed to theoretically get to 2.5%; in the meantime, investors will possibly endure more volatility like last Thursday’s session, which saw Dow industrials skid almost 1,100 points a day after rising more than 900 points.

Below are some of the reasons why the past week’s volatility can continue and possibly widen in the months ahead:

Inflation may have more room to run

Economists and traders alike are relying a great deal on the word “peaked” right now. That’s because the prevailing view among professional forecasters is that inflation has already gotten, or is close to getting, to as high as it can go. The annual headline rate of inflation reached a 40-year high of 8.5% in March, and is seen coming in a bit below that in Wednesday’s release.

But diffusion indexes developed by TD Securities show strong, upward momentum behind inflation in the U.S., U.K., Canada, and the euro area — leaving central banks likely “too optimistic” that it will fall back down to targets, according to James Rossiter, head of global macro strategy.

“Expectations are for a broader trend toward a gradual decline in inflation for the remainder of the year,” said Subadra Rajappa, head of U.S. rates strategy at Société Générale. “The key risk is that the market doesn’t know what it doesn’t know and we are leaning toward very, very volatile conditions.”

“Uncertainty about inflation outcomes is what’s really driving markets. Do I generally expect more volatility? Yes,” she said via phone.

Inflation has already proven to be more durable than many expected and, historically speaking, is difficult to stuff back into the bottle once it is unleashed.

During the first half of the 1970s, while the U.S. was still involved in the Vietnam War, the headline annual rate of the consumer price index shot above 10% for more than a year under then-Fed Chairman Arthur Burns. Though Burns took the fed-funds rate above 10% for part of this time, according to FactSet data, that didn’t obviate the need for his predecessor, Paul Volcker, to send rates back further into double digits at the end of the decade when inflation rose back above 10%.

Read: Opinion: The ghost of Arthur Burns haunts a complacent Federal Reserve that’s pouring fuel on the fires of inflation

75 basis points, on or off the table?

The Fed hasn’t hiked by 75 basis points since November 1994. Many active traders have never seen such a large interest-rate hike in one fell swoop during their entire careers.

By the time the S&P 500
SPX,
+0.16%
closed below 4,000 for the first time in 13 months on Monday, financial conditions had tightened so much that, excluding the early stages of the pandemic, they were at levels comparable to 2019, when the upper end of the fed-funds rate target was 2.5%, according to BMO Capital Markets strategists Ian Lyngen and Ben Jeffery.

“The market continues to accelerate the ‘priced-in’ milestones this cycle in a manner that has us increasingly nervous this won’t end well,” they said in a note released before markets opened in New York on Tuesday.

The rate-setting Federal Open Market Committee “will continue to hike until something breaks,” they said. “It goes without saying that stocks down 16% year-to-date isn’t broken (enough) for the Fed to shift its stance. 35% might trigger a different conversation among monetary policy makers.”

Let’s get real about real rates

Real, or inflation-adjusted, rates have moved aggressively to the highest or least negative levels in two years. As of Tuesday, the 5-year rate on Treasury inflation-protected securities was on the verge of turning positive: It hovered around minus 0.029% during the afternoon versus minus 0.129% on Monday, according to Tradeweb.

Investors watch real rates carefully because they tend to reflect the true cost of capital for corporations, and an unruly rise would likely hit stocks hard.

While the fixed income team at UBS
UBS,
+2.40%
says that most of adjustment in real rates is over, David Lefkowitz in the firm’s wealth management division and others said that “we can’t rule out further increases in real rates as the Fed tries to get inflation under control.”

“In our base case, we think the economy will avoid a recession. In that scenario, equities should recoup the most of the year-to-date losses. However, our conviction in the base case is not high.”

— Christine Idzelis contributed to this article.