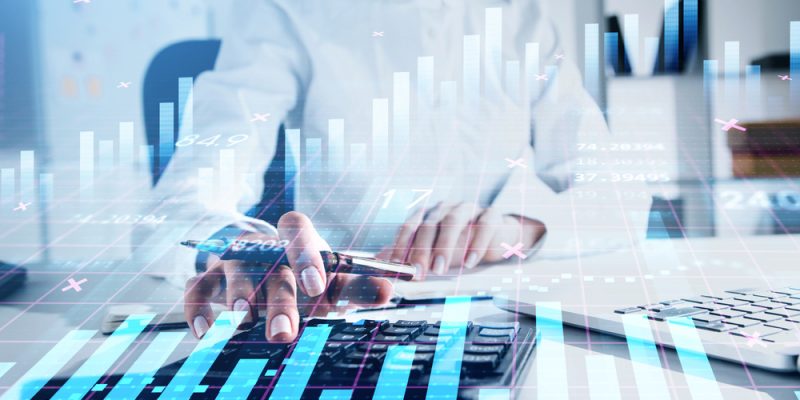 The U.S. dollar soared back to some of its highest levels in almost 20 years on Thursday, while the British pound took a beating and investors sold off equities and bonds, following a grim economic outlook from the Bank of England.

Thursday’s price action during New York trading hours was essentially a turnabout from the relief rally that followed Wednesday’s Federal Reserve policy decision, after Chairman Jerome Powell said policy makers aren’t actively considering a 75 basis point interest rate hike. While investors cheered that view from Powell, they woke up the next day to another major central bank warning of the risk of stagflation.

Among other things, the Bank of England painted a picture of sharply slower economic growth and inflation poised to rise above 10% by year-end. The bank’s policy statement underscores a range of risks that still remain even in the U.S.

One is the path of inflation, where “uncertainty is so great there isn’t a rational second standard deviation” among existing forecasts “because the outlier estimates are so high,” said FHN Financial’s Jim Vogel. The other is the prospect of a recession, with a growing list of prominent names warning that a downturn is inevitable. Six members of the Bank of England’s Monetary Policy Committee voted for the quarter percentage point interest rate increase to 1%, while three voted for a larger rise to 1.25%.

“The price action is pretty choppy and it’s hard to read too much in what’s going on, except it’s a reversal of the dynamics we saw yesterday,” said Subadra Rajappa, head of U.S. rates strategy at Société Générale. “The Bank of England is highlighting the policy quandary central banks face, which is divided committees that are looking at a range of policy prescriptions and settling for something in between.”

“The Bank of England is also highlighting the risk of negative growth, admitting to much higher inflation prints later this year, and a meaningful slowdown of growth next year,” she said via phone. That adds up to a “stagflationary response.”

The Bank of England raised its main interest rate for the fourth time to tackle runaway U.K. inflation that is causing a cost-of-living crisis, fueled by higher energy prices and supply-chain disruptions on the back of Russia’s invasion of Ukraine and China’s COVID-19 crackdown. Still, there was a range of views from policy makers on just how much more tightening might be needed.

The pound
GBPUSD,
+0.06%
weakened 2% against the dollar, and tumbled to an almost 2-year low. Meanwhile, the ICE U.S. Dollar Index
DXY,
+0.94%,
a measure of the currency against a basket of six major rivals, soared more than 1% and traded near levels last seen in the second half of 2002. The greenback tends to benefit from higher interest rate expectations relative to other countries, like Japan, as well as what many regard as a stronger U.S. economy than either the U.K. or the eurozone.

“The Bank of England (BoE) seems to specialise in major market surprises and did not disappoint again today,” said B. of A. Securities U.K. economist Robert Wood, in a note. While policy makers hiked rates as expected, they delivered a “headline grabbing” 2023 growth forecast of minus 0.25%, he wrote. And while they do not forecast a technical recession, they probably would “were it not for the distortion from the extra public holiday in June.”

Meanwhile, investors sold off both Treasurys and U.S. stocks as 5-, 10- and 30-year inflation-adjusted yields turned either more positive or less negative on Thursday, according to Tradeweb data. Dow industrials
DJIA,
-3.12%
were down by more than 1,000 points by midday Thursday, while the S&P 500
SPX,
-3.56%
was down by 3.8%, and the Nasdaq Composite
COMP,
-4.99%
was off by 5%, more than fully erasing Wednesday’s relief rally.

The selloff in government bonds pushed yields from 7 to 30 years out to 3% or higher.

The price action in the long end of the Treasury yield curve may have less to do with any developments specific to the U.S., and more to do with “a selloff in all assets,” Rajappa said. “There is some corporate deal pricing, but the move in rates is outsized relative to the size of the deals hitting the market.”

: Google searches for Plan B pills surged as people fear future of abortion rights. But will the ‘morning-after pill’ be enough in a post-Roe world?