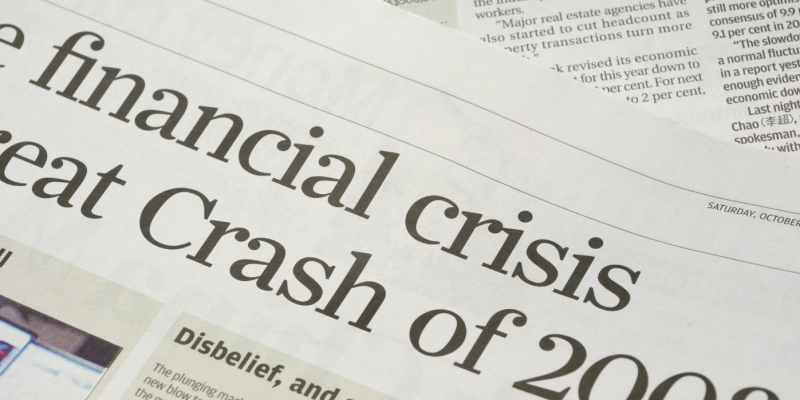 According to a survey by the University of Michigan, only 29% of Americans think now is a good time to buy a home. The number hasn’t been this low since 1982.

Perhaps because, according to data from the St. Louis Fed, the average sales price of a home in the U.S. is now a whopping $434,200!

Of course, the problem with surveys is that they only represent a small segment of the population. But simply add this on top of the already large pile of evidence, and it seems likely the U.S. has entered another housing bubble.

We’ve seen this story before…

During the last housing bubble, I was fully invested in my home country of Ireland. Just like in the U.S., lax mortgage rules meant pretty much anybody could buy a home and it was sending prices sky-high…

Many people were buying houses they couldn’t afford, assuming they’d be getting a raise or a promotion or a bonus soon…and if not, it’d be easy to sell their house and even make a profit.

Luckily for me, I’d paid enough attention at university to know that booms don’t last forever…

So when I bought an investment property, and was offered more than I thought it was worth, and about double what I had paid just a few months earlier—I knew it was time to take my money and run.

My original plan was to take a sabbatical. Sit on the cash and do some traveling. Wait for everything to blow over. But when I saw property prices in places like Brazil and Panama, the investor in me couldn’t help himself…

Warren Buffett is 91-years-old and the world’s wealthiest investor. So when he shares investment advice, pay attention and you can probably make some money.

One of my favorite Buffett quotes is:

“Whether we’re talking about socks or stocks, I like buying quality merchandise when it’s marked down.”

When I arrived in Panama City, I could see it was full of marked-down quality merchandise…
I was able to buy a luxury condo right on the water for only $147,630 in 2005.

Similar properties in Dublin would have been three or four times that at the time, and as they crashed in value, I was able to sell my Panama City condo for $220,000 (a $72,370 profit).

Now home prices in the U.S. are at record highs and unaffordable for many. It’s getting harder and harder to find a bargain.

That’s why I’m looking at places like Italy, where two of my team members recently spent a couple of weeks scouting for real estate bargains.

One of them, Eoin Bassett, drove from Florence to the Apuan Alps in northern Tuscany in search of bargain real estate.

And he found it…

Michelangelo’s statue of David was once just a hunk of Cararra marble dragged out of the Apuan Alps. The highest peaks look to be coated in snow all year round, but it’s not snow. It’s the marble quarries…

A lot of the Renaissance statues you see in Florence began life in the marble quarries of the Apuan Alps.

In the village, Casabasciana, you have a pizzeria, a grocery store and a bar. So, you don’t have to get in the car for every little thing. There’s some life to the village. There’s also a daily bus service if you don’t fancy driving the winding mountain road.

Eoin also sent me listings he was looking into priced under $70,000. He found a 3-bedroom, 1-bathroom, terraced house with a garden, in a medieval village just outside the spa town of Bagni di Lucca. There’s also a secondary building, currently used as a warehouse, included. The asking price is €58,000 ($67,200).

Those are what I’d call knocked down quality merchandise…

As I keep saying, when you look beyond your country’s borders, you literally have a world of opportunity to take advantage of.

Microcap software company Akerna Corp. had high hopes for its role in the cannabis business, ...
By
21 mins ago

Immigration reform is at the top of a new list of what Americans believe the ...
By
21 mins ago

As an advocate for the health of fresh water, I always have mixed feelings entering a ...
By
21 mins ago

Netflix is rolling out new seasons of some of its most popular shows in February ...
By
21 mins ago