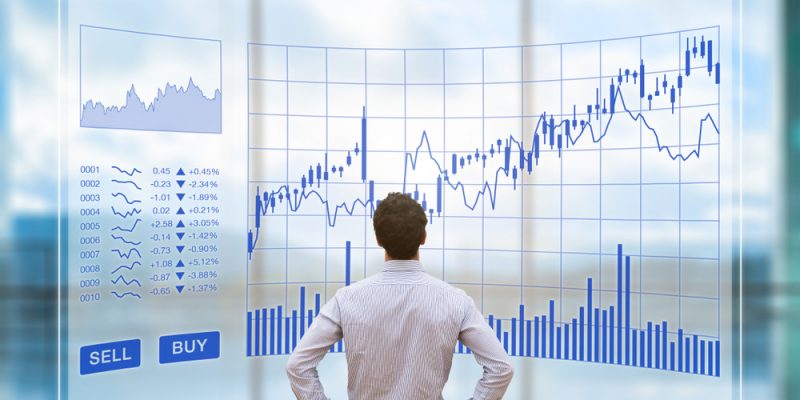 General Electric Co. investors may be getting a little antsy ahead of the industrial conglomerates earnings report, as the stock has been in a holding pattern for the past eight months while the broader stock market keeps on climbing.

During that time, GE has released two quarterly reports, held a much-publicized analyst meeting, and was part of no less than nine different industry and analyst conferences, as the company looked to tell its story.

GE gets another try at revitalizing the stock, when it reports third-quarter results on Tuesday, Oct. 26, before the opening bell.

The bar, in the form of consensus analysts estimates, has been lowered quite a bit over the past few months, but as J.P. Morgan analyst Stephen Tusa suggests, that could be the company looking to guide expectations lower so it can “declare victory” by beating the lowered forecasts.

That concerns Tusa, because while other companies that have also seen estimates lowered a lot have suffered negative stock reactions, GE’s stock has been idle.

“In other words, GE’s EPS may have been reset but the stock has not reflected this,” Tusa wrote in a note to clients.

He reiterated the neutral rating he’s had on the stock since March 2020. He kept his price target at $55, which is the lowest of the 21 analysts surveyed by FactSet, and implies about a 47% drop from Friday’s closing price.

GE will need to do more than just beat EPS expectations to jump start the stock, because it has beat by wide margins the past two quarters, but the stock barely moved. And while industrial free cash flow had been a focus of investors, GE reported a surprise positive number for the second quarter, and a much less negative number for the first quarter.

So the stock’s fate might rest on revenue, as GE has missed expectations the past two quarters, after beating forecasts the previous five quarters.

Earnings: The average estimate of analysts surveyed by FactSet is for adjusted earnings per share of 43 cents a share, down from split-adjusted EPS of 48 cents a in the same period a year ago. The EPS consensus has come down by about 25%, from 57 cents, at the end of the second quarter.

Estimize, a crowdsourcing platform that gathers estimates from buy-side analysts, hedge-fund managers, company executives, academics and others, hasn’t come down quite as far, as the EPS estimate is currently 49 cents.

The FactSet consensus for Aviation revenue is $5.59 billion, up from $4.92 billion a year ago. Aviation, which has been hurt the most by the COVID-19 pandemic, has missed revenue expectations the past two quarters, and in five of the past six quarters.

Renewable Energy revenue is expected to be $4.66 billion, up from $4.53 billion a year ago. The company has beat expectations in five of the past six quarters.

Healthcare revenue is expected to inch up to $4.59 billion from $4.57 a year ago. The segment has beat revenue expectations the past six quarters.

Power, which was GE’s biggest problem area pre-pandemic, is expected to report revenue of $3.82 billion, down from $4.03 billion a year ago. Power has beat revenue expectations in four of the past six quarters.

J.P. Morgan’s Tusa asserts that the “volatile” trend in adjusted FCF estimates, as well as the “seemingly discretionary nature” of how GE defines FCF, makes this metric “less important that it used to be.”